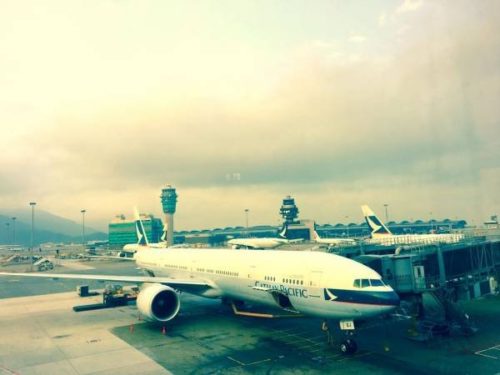 But there has been some negative news about a finance situation of CX for a couple years. I believe people at my generation (I am 34) have positive images on CX.

When we were Uni students about 15years ago, traveling abroad was not as easy as it is now.

Airfare was still expensive as LCC was not popular yet, at least in Japan where I lived.

When I flew to Sydney to enjoy 1 year working-holiday program, I chose CX.

CX had not only affordable fare but also good inflight service.

At the time, ‘Traveling abroad’ meant ‘Boarding CX’ for me.

Going back to the present situation. Why does CX go down?

I would like to show you Skytrax airline ranking.

For comparison, ranking of 2005 (the year I chose CX to go to Sydney) was as below.

What’s the big change in the ranking?

It is 3 brothers from Middle East. People call them ‘ME3’.

Etihad was really new in 2005 and a few people knew, but is now big well-know airline at a position of 8th best airlines in the world.

Around 2005, CX was the best choice to visit Europe from Asia. CX’s flight via HongKong offered a convenient schedule at affordable fare.

The position is now taken by ME3.

Flights via Dubai, Doha or AbuDhabi are the best choice from the view of cost and service.

They still maintain cheap fare but are improving inflight service and network.

Though the service doesn’t reach CX’s yet, the fare is much cheaper.

When I check the cheapest tour package to HongKong or around the area, CX used to be a part of package but is no longer.

And one more. HK Express (UO) also competes with CX.

UO is group company of Hainan Airlines that you find in 2017’s ranking.

UO is much smaller airline than CX, but is expanding network especially to Japan.

It offered much lower fare in Japan-HongKong flights. It affects CX’s revenue, of course.

In summary, ME3, Mainland China’s airlines and LCC damaged CX, I guess.

But CX is still the best airline for me. It is like a memory of first love.

She changed,,, but I cannot forget our memories of young days. lol

Sadly CX doesn’t fly to Guam where I live but I still board its flight from Japan sometimes.

I have boarded its Business Class for several times but haven’t on First Class yet.

‘First Class of CX’ is one of my dreams.

I really expect CX to change again and go back to shining airline.

When my dream of CX First Class comes to, will I be impressed by the experience as I was done by its Economy class at teen age?