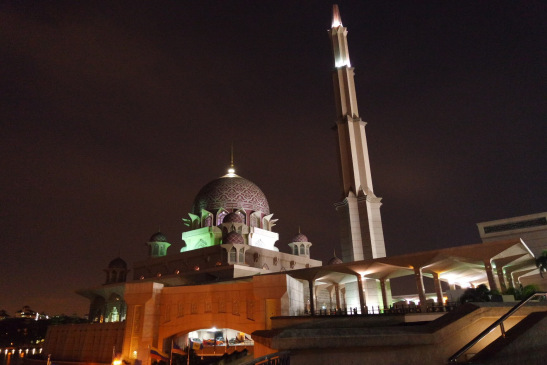 I arrive at Malaysia!

I clear immigration to enter Malaysia coz I have 8hours to next flight. It’s located in between the airport and KL downtown.

This is Putrajaya central station. I take Uber for Dataran Putra.

It takes about 10min and costs about USD1.5. I try next time!

Okay, I go back to KL airport.