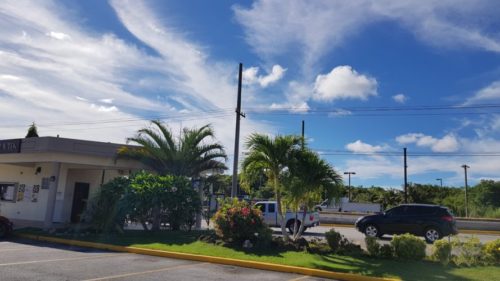 Most people are aware of the news, i believe.

North Korea issued a statement saying the country will fire missiles to Guam.

It doesn’t say they will attack Guam but says the missiles fly over western area of Japan and land sea 30-40km away from Guam.

US president Trump answred in strong words and there are news about the situation everyday.

I am Japanese living in Guam.

I live here because so many Japanese visit Guam for vacation.

For Japanese people, Guam is a resort destination.

But, for US people, it is known for Andersen Air Force Base and Naval Base.

Actually Japan was attacked by lots B29 Superfortress flew from Guam when Japan and US were in fight at the war II.

Guam is important for US to keep eyes and power on Asia.

As a Guam’s resident, am I afraid of the situation?

We have peaceful usual days.

Of course local media tells about the situation and people talk about it.

But we know the risk is not really high and Guam is still one of the peaceful islands.

At this world and age, terrorism, conflict and fight may occur whereever we are.

Unusual event has big impact against people’s mind but actually much more people pass away everyday because of ‘usual event’, like car accidents and cancer.

It’s important to pay attention and be aware of situation at all times but we should not be panicked.

Once again. Guam is peaceful today as always.