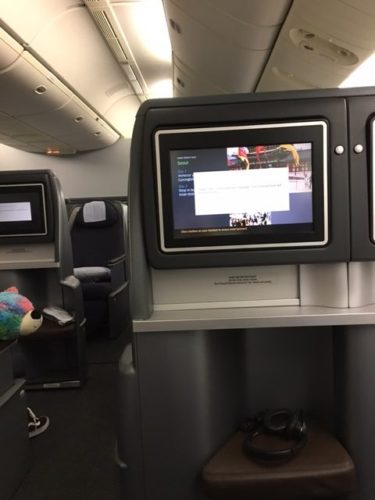 I am leaving Japan by United. I am in Narita! I take free shuttle bus and rush to right terminal.

I made it. I check in the flight only 20min before the closure. As I was in rush, I got thirsty. I have some drinks in United Club lounge. It has got Japanese design.

I have only a little food here as inflight meal will be served later. Okay, now I board the aircraft. United’s business class is always full as United upgrades so many passengers from Economy. I used to be upgraded often when I was United gold member though I lost the status already.

I always use ANA’s mile to book United’s business class after I lose gold status.

I am back here, Guam.